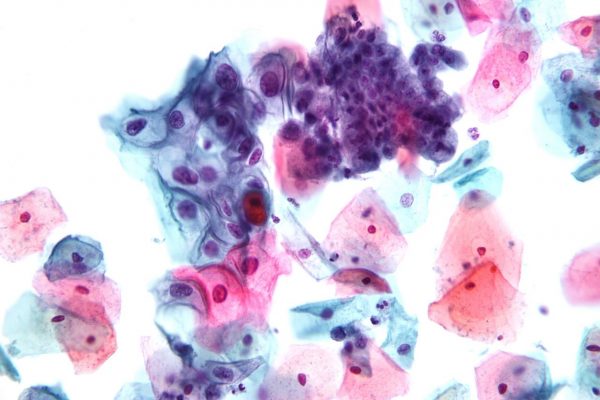 Ep 44 of Pomegranate Health published in February 2019. Listen via any podcasting app or stream directly from here.
Cervical Screening–Less Is More

Cervical cancer is the fourth most common cancer in women worldwide, but it’s almost entirely preventable. Incidence in Australia and New Zealand has fallen by half since national Pap testing programs were implemented almost thirty years ago, and it now it sits between 6 and 7 cases per 100,000 women. But this rate has been at plateau for over a decade, and Pap cytology now plays second fiddle to HPV testing. In December 2017 Australia seconded the Netherlands to adopt this as the primary tool in cervical screening, and New Zealand plans to follow suit in 2021.

The most noticeable shift is that the interval between screens will now be five years rather than two. And women will enter the program at age 25 instead of 18. Modeling shows that this could half the incidence of cervical cancer further and at much lower cost than the previous program. Some, however, are concerned about the costs and risks involved in the triage pathway. This episode of Pomegranate Health will answer some questions that women and health professionals might have about the HPV-based National Cervical Screening Program.