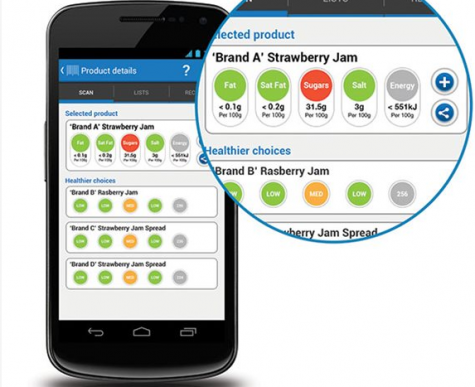 This feature story was first published in print and online by Australian Doctor on the 20th May 2016.
***

“We revile this notion of a nanny state, but we accept this ‘big business’ state that actually does incredible harm,” says Professor Bruce Neal “Everyone thinks they’re free-moving individuals making these highly informed choices, but no they don’t. They make the choices that big business lets them make.”

Professor Neal is one of Australia’s top public health researchers, but he sees his role extending beyond the statistical analysis of population studies hue and cry of politics.

A few months back the director of the George Institute’s Food Policy Division was named one of The World’s Most Influential Scientific Minds based on his heavyweight publication record in research papers. He was one of only six Australians to join the ranks of the highest-cited researchers across all disciplines, a club with no shortage of Nobel prize winners.

He is one scientist whose work has exercised a strong influence over the day to day clinical practice of GPs. For example, the shift a decade ago towards focusing on blood pressure reduction outright regardless of the drug regimens, came as a result of his work.

Professor’s Neal’s special talent is designing and analysing big trials. By co-founding the international Blood Pressure Lowering Treatment Trialists’ Collaboration in 1995, he was able to collect data from some 200,000 subjects on the comparative benefits of ACE inhibitors, or calcium channel blocker and ARB-based regimens.

The two studies showed that risk of cardiovascular events fell proportionally to the reduction in blood pressure, and knocked up four thousand citations between them (The Lancet 2000, 2003).

Beyond this academic impact, Professor Neal says, “they have undoubtedly changed the care of literally millions of people because of the influence they’ve had on guidelines.” The group’s more recent work has underpinned recommendations to treat based on absolute risk, not just blood pressure, and also highlighted diabetes as a major risk.

Professor Neal, who is professor of Medicine at the University of Sydney, grew up in East Anglia. After leaving boarding school he was proud to get a place to study vet medicine, because at the time it was the hardest course to get into.

He switched to medicine instead, and after five years of hospital practice was wondering what speciality he would go for when he got a call from a friend who said they needed someone to coordinate a global study for a blood-pressure intervention on stroke outcomes.

Neal protested that he had little expertise for the job. “And my friend said, ‘I know you’ve never done any research but you produced theatrical plays at uni, didn’t you? If you can organise that, you can run a research project.’ That was the defining moment.”

Taking on the Industry

The nature of Professor Neal’s political perspectives can be gauged when he starts talking about the ‘Big Food’ industry. For a decade now he has railed against its influence on our lives, and says the nanny state tag that public health lobbies attract is unfair.

He thinks it’s patronising to blame individuals for bad food choices since the food industry has such a grip on the options available to them. And the complete lack of transparency in most food advertising and food labelling has made it almost impossible for the average shopper to avoid unhealthy options.

As senior director of the Food Policy Division at the George Institute, Professor Neal says the “social norm” toward food manufacturing and consumption needs to change. “The view that I take is that it’s a systems problem. What I want to figure out is how we can turn that around in terms of economics and food supply.”

Big Food is rapidly learning the playbook of Big Tobacco, according to Neal.  He goes so far to accuse industry-funded studies of manipulating the research on the harms of salt on blood pressure and cardiovascular disease. The findings only appear equivocal because there is “an imperfect evidence base open to manipulation and misinterpretation, and strong commercial interests vested in one side of the case,” he wrote in a scathing commentary in the International Journal of Epidemiology in February this year.

“Together with sugar and fat, salt can transform cheap, low-quality base ingredients into high-value merchandise. Transnational food companies are among the largest businesses in the world and fiercely protect their commercial positions.”

Unfortunately controversial studies get disproportionate publicity even if done poorly, says Professor Neal. “It’s very easy to get yourself published or heard in the general media by highlighting your particular piece of research that doesn’t quite fit in,” he says. “And because food is a great way to sell copy, the media jump all over it.”

This makes it hard to get a clear public health message across to the public.

Professor Neal’s current focus is to apply the scale and rigour of clinical research to questions of nutrition in industrial food production. For instance do front-of-package labels change shopping habits of individuals? Do government-decreed limits of salt or sugar content actually make a difference to the manufacturers? Do the ‘serving sizes’ defined by industry mean anything at all in a nutritional sense?

It will be of little surprise to learn he has been at the centre of the ‘front-of-package’ labelling debate. While the Federal Government was in 2014 facing resistance from industry about the reach of the star rating system that allows customers to distinguish between the good, the bad and the ugly, his team at the George Institute took matters into their own hands.

They developed FoodSwitch, an app that allowed shoppers to use their smart phones to scan bar-codes and get clear nutritional information on what was going into their trolleys, or healthier alternatives to their favourite product. It was a big success with some 750,000 downloads not just in Australia, but also New Zealand, the UK, China and India, and it’s helping to gather data on all these food industries (see below).

As a researcher Professor Neal wants to collect hard evidence which can be used to compel tighter quality regulation, and to name and shame those producers that profit from peddling harmful foods. In the case of smoking, he says policy change was essential to lead the way, and public sentiment eventually followed he says – “albeit it took 75 years”.

When it comes to what the nation’s diet, public health activists often have to ride the roller-coaster of nutritional fashion. The Atkins diet tells us to take proteins over carbs, while Gwyneth Paltrow and Elle Macpherson are all about alkaline foods. And as Professor Neal wants us to worry about salt intake, today’s papers and fitness magazines point to sugar as the greatest villain.

But Neal takes it in his stride. “Yeah there are mixed messages and the fads are problematic. But I don’t see us as fighting sugar for space. I see the current debate as an opportunity to get food on the agenda generally.”

He also accepts his push to drive down the salt content of packaged foods carries particular cultural risks in his adopted country, given it puts him on a collision course with the one food that symbolises the Australian way.

“Vegemite would not be banned,” he laughs. “I don’t want death threats. But it would be expensive, because it’s taxed and it would carry a clear warning label, ‘TOO MUCH SALT CAN KILL. USE SPARINGLY.’” On accusations of a socio-political bias, Neal says, “I was never a Marmite fan either.”

*** The Foodswitch app
In 2014 Professor Neal launched the Foodswitch smartphone app. It helps people find attractive alternatives to their regular shopping items, and can be tailored to specifically minimise salt, fat or sugar content. The app has had about 750,000 downloads not just in Australia, but also New Zealand, the UK, China and India.

But Professor Neal says the vision is much greater than to simply advise a few shoppers as they drift down the aisles at Coles. “Even with three quarters of a million downloads of an app you’re probably only going to influence the food choices of a few tens of thousands of people. That’s never going to resolve Australia’s health let alone the world’s.”

“But the second part of Foodswitch is we crowd-source a whole load of information about packaged foor content,” he says. “Out of the goodness of their hearts people take photos of products that are missing from the app. We’ve had more than half a million photos sent to us over the last four years and the vision is to go out there and collect information from 50 countries in the next five years.”

Such crowd-sourced data would allow them to massively upscale studies such as their 2011 expose on the salt content of packaged breads. In that study, the researchers themselves had to systematically collect information on Tip Top and WonderWhite and every other such product in the land. They found that three years after national targets for salt content were put into place, the proportion of compliant products had climbed from 29% to about 50%.

They were able to point the finger at manufacturer’s those that didn’t, and showed how behind New Zealand’s 90% compliance rate the Australian industry was.

Australia now has a government-backed alternative in the form of the star ratings. He thinks it is a good start, though the government shied away from making it mandatory.  “It’s imperfect, but it makes a pretty good assessment in the vast majority of cases,” he says. “I just think we should have it not just on packaged foods but also on restaurant foods.”